I tried the whole blogging thing under another title, and did it for several years, but gave up a few years ago for many reasons. The front reason being God pretty much told me to quit. Why? Because I was trying to be awesome and known and important, and that’s not how He rolls. (It also, apparently, wasn’t how I rolled either, because I was SO not any of those things I was striving to be, lol).

After trying to ignore His convictions and continuing to fail to have time to “grow” my “platform” the way I wanted to and saw others doing…I took it completely down about two years ago. I quit. I felt oh so lame – but very free! The feelings of freedom and relief were just more proof that God was great and I was not. That God had called others to use the online platform, but that wasn’t where I was supposed to be because I couldn’t handle being there and not being envious of others who were big or important.

I know the women who inspire me, the ones I see as “awesome,” are not awesome because they strived to be that way – they are awesome because God gave them the talents for, and called them to, what I call “awesomeness.” They were called for His purposes – not for their own selfish edification. And it was at the right time – God’s time – it wasn’t because they wanted to do what everyone else was doing to feel whole or included in some special club.

It feels strangely relieving to share the shameful truth about my past intentions in an online world.

I am not here to be someone or do something awesome. I don’t have time for promoting and social media-ing and all that stressful “platform” building. Heavens – I have 5 kids (one more on the way) and some of them have needs that just don’t allow for a regular online presence. I need to be building truth in the hearts of my kids – not building an online platform. I just want to put my raw feelings and thoughts out there and let God do what He wants with them. I have always wanted to write and I can feel God loosening the ropes and allowing me to try again.

It is a VERY fine line between honestly sharing life to encourage others…and online self-promotion to be great in the eyes of other mamas.

This was my biggest struggle before, and in continued honesty – I feel it at the edges of very word I type.

So, help me keep accountable, if you would. My intention is to share my struggles, not my solutions or Top Five’s or DIYs or Pinterest-worthy posts. If I’m being honest, then let me admit that I DO NOT have any magic solutions to my hard things – besides prayer. Lots of prayer.

And even after prayer, the hard is still hard. I am just more aware of the grace God gives and the fact that I’m not doing it alone. 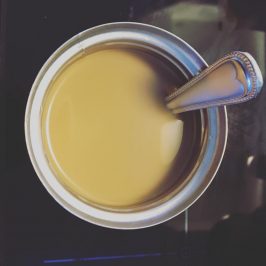 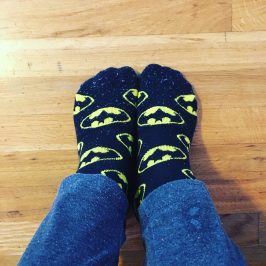 This site uses Akismet to reduce spam. Learn how your comment data is processed.

You're gonna buy yarn - why not support Mayhem & Majesty while you do it?! THANK YOU!